CONVERSATIONAL BUSINESS – RESHUFFLING THE CARDS: THE BATTLE FOR THE NEW DIGITAL ECO-SYSTEM

Those who have the direct interface to the customer in the form of their own bot, which knows consumer preferences and behavior across all areas of life, determine information, advertising and purchases. If the consumer still selects his favorites from the hit lists in a Google search or an Amazon product search, the bot recommendation is usually reduced to one product or one piece of information. Bot sovereignty thus replaces active evaluation by the consumer. Similar to the app economy, which gained momentum from strong players like Google and Amazon, the bot economy will require an industry leader. However, a mere analogy to the App Store will not be sufficient. A bot store would again be locked into application silos and not do justice to bot logic as a lubricant for holistic transactions.

For the companies, the deep integration into the customer’s eco-system results in unique opportunities for data acquisition and analysis. By centralizing and monopolizing the customer interface, companies can lull consumers into their Commerce Bubble based on comprehensive preference and behavioral profiles. Of course, companies have always analyzed data about consumers to target products and communications to be as profitable as possible. It is also perfectly legitimate for companies to act in accordance with their profit-maximization approach. The only difference is that companies and consumers increasingly no longer meet in traditional markets; instead, the supplier internalizes the market to a certain extent. Amazon has long since ceased to be a retailer of products, but rather a smart ecosystem that intelligently collects, analyzes and uses data to keep consumers in their own Commerce Bubble.

Markets are conversations reloaded: The “markets are conversations” postulate formulated in the Clutetrain Manifesto in 1999 is reinterpreted against the background of Conversational Commerce. Communication and interaction are being increasingly controlled and determined by algorithms. The advantage here is that the discussions with companies required from the point of view of the responsible consumer are now possible “at scale”. Bots work arbitrarily in parallel in 24/7/365 mode. Personalized conversation was often opposed by cost effectiveness and efficiency obstacles on the part of companies. On the other hand, the pseudo-human dialogue means a loss of empathy and emotion. However, this is less about the classic human-versus-machine battle and more about the intelligent orchestration and balancing of both approaches.

However, this is less about the classic human-versus-machine battle and more about the intelligent orchestration and balancing of both approaches. Google has long determined what products we see, Facebook’s news algorithm decides our newsfeed, and real-time bidding controls what ads we get to see. What is new, however, is the scope of algorithmic coverage across the entire transactional value chain. In addition, the increasingly widespread “value-added versus data” mechanics are reducing consumer sovereignty. This jeopardizes the consumer sovereignty in the form of transparency and the possibility of evaluating companies and products for all to see, which was largely achieved through the Internet.

Overall, an increasingly data-driven and analytical business will have to answer the question of the right balance between automation and personal interaction. It remains to be seen who will win the billion-dollar race in conversational commerce. Equally exciting are the corresponding implications for the consumer. Will he emerge strengthened by corresponding bot power in the form of digital assistants that know his actual preferences and represent them accordingly, or will he instead become even more of a pawn in a perfectly designed data and analytics ecosystem of digital giants? This means that, after the Internet, mobile and IoT, we are certainly in the most exciting phase of our digital transformation. 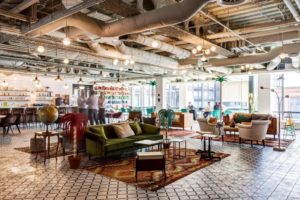 Planning for the Conversational Business Summit 2022 has begun! On[...]

Business im Gespräch stands for the sum of all digital[...] 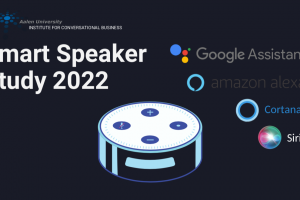 You can now download two new studies from the Resources section: the Smart Speaker Study 2022, and the Voicebot Study 2022.